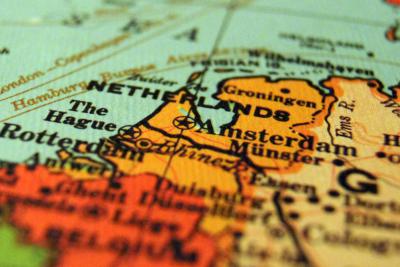 Early 2017, the National Smart City Strategy of the Netherlands has been published. Requested by the Prime-minister himself, the strategy was co-created by over 40 representatives from municipal authorities, 60 employees from 40 differently sized companies, and 30 scientists. Together, they defined five preconditions which are to be met in order for the Netherlands to improve the quality of life and maximise economic opportunities for the inhabits of the Netherlands to strengthen the international position of the Netherlands as a country.

The Smart City Strategy outlines the different challenges that cities are facing, regarding work life, quality of living, growth, infrastructure, public services and so on. It then continues to outline five pillars, or preconditions for success, which together form the national Smart City Strategy.

The growing volume of data traffic requires high-speed connectivity. The strategy therefore stipulates the importance of an infrastructure that ensures high-speed, high quality and safe connectivity throughout the country.

Optimising the use of the triple (or quadruple?) helix; the interactions between between academia, industry and governments in order to leverage the challenges and risks when doing experiments. The creation of new business models is an important aspect to this as well.

A citizen-focused approach, with civil servants as leading actors. The strategy also addresses the importance of the government’s position and responsibility to encourage all citizens to participate, and to prevent division (e.g. Digital Divide) in society. Data is mentioned as a key role in this pillar.

The strategy also discusses the importance of knowledge and labour market access in relation to an inclusive society. The digitalisation of jobs and increasing need for education and training programs in urban innovation and digitalisation is stressed.

As a small country, cities form a unified network comprised of influential metropolitan regions. The Strategy specifically highlights the structuring of the Economic Boards, and the need for cities to focus on their regional strengths.

To put the Strategy to practice, the five largest cities in the Netherlands (also known as the G5), have been tasked to translate the National Smart City Strategy to their own cities. Additionally, each city has their own area of focus:

In the next round of articles, within the category of City Highlights, each of the city’s respective approaches to the National Smart City Strategy and practical implementations will be discussed in greater detail.